You can’t fake reviews. Google (or Yelp) will find out.

In a 2013 report on "Yelp's Rocky Relationship with Small Businesses," PBS MediaShift became the latest in a long line of media outlets to cover one of the most controversial topics in all of local search: search engines' filtering of customer reviews.

The topic first came to prominence four years ago in Kathleen Richards' landmark piece on Yelp's aggressive sales pitches—or extortion, depending on your perspective and whom you believe. While these tactics may not actually have been corporate misbehavior on Yelp's part, the company hasn't done itself any favors by continuing to allow its field operatives to use deceptive sales tactics. Despite its best efforts to educate both business owners and everyday users of the site, the poor reputation of Yelp's salespeople continues to contribute to confusion around review filtering among the small business community.

Hopefully, this article helps clear up some of that confusion and offers a few tactical tips to minimize the frustration these filters can cause.

As local search usage among the general public has exploded over the last several years, more and more directories have seen reviews as a way to:

In many ways, Yelp was ahead of its time on all three of these bullet points, and as a result, it had to tackle the inevitable review spam that accompanied its popularity.

Its answer was arguably the first widespread local review filter: an algorithm for detecting and removing spam or suspicious-looking content. According to a 2013 Yelp-produced video that has since been removed from the Internet by the company, the reasons for this filter are:

Yelp's CEO, Jeremy Stoppelman, gave his own slower version of this rationale in a company-produced video:

While the specific details of Yelp's review filter are proprietary, many comparable filters seem to kick into action if any of the following is present in the content of the review:

Another criterion that also tends to trigger filtering is a sudden burst of reviews preceded by or followed by a long lull between them.

Some of the more sophisticated review filters, including Yelp's, take a look at user characteristics, too, including:

The bottom line is that reviews written by active users have an astronomically higher likelihood of "sticking" on a local search engine than those written by first-time or infrequent reviewers. And even beyond their stickiness, many local search experts speculate that reviews left by active users also influence rankings to a much greater extent than those left by first-time or infrequent reviewers. 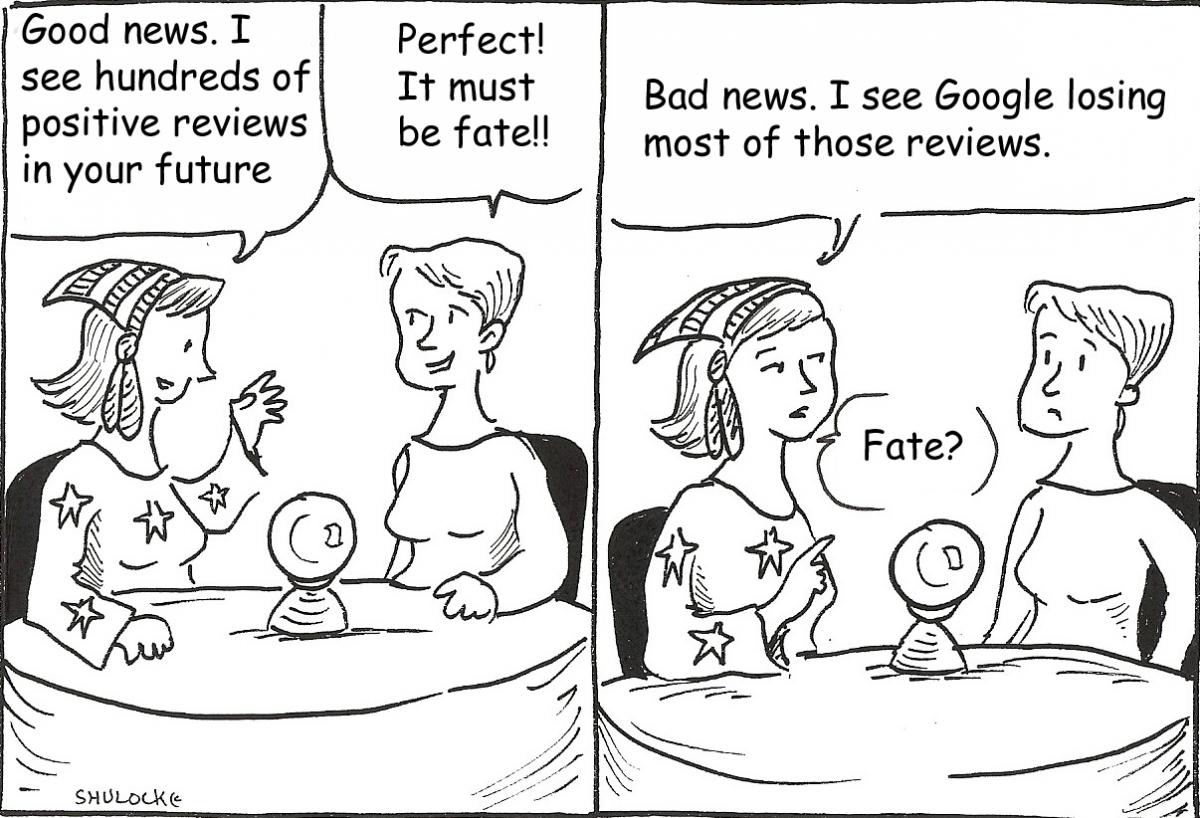 "I Can See the Future of Your Google Reviews" by Margaret Shulock is licensed under a Creative Commons Attribution 3.0 Unported License. Based on a work at blumenthals.com.

The algorithms behind review filters are far from perfect, and Yelp is far from the only local search engine with a review filter. In fact, Google+ has probably accrued more ire from business owners as a result of its filters in 2012 and 2013 than any other site.

... all of which leads to frustration from the standpoint of a small business owner.

Yelp is probably the most aggressive among its peers at enforcing its business review guidelines, which also happen to be the most onerous guidelines of any local search engine. Yelp's filtering is so aggressive that one in five reviews written on Yelp never shows up on the site!

To sum up those guidelines:

O ye business owner who disobeys those guidelines, beware! You run the risk of a public shaming.

Although Yelp's guidelines are considerably more strict than its peers', Google+ is not far behind in stringency. However, many local search engines are far less prickly about soliciting reviews from customers—or even incentivizing them—and some (including Google) have evenengaged in this behavior themselves.

For those who have been caught in the Google+ review filter, Mike Blumenthal has covered your travails par excellence and has authored a very reasonable response. Miriam Ellis and Joy Hawkins have also given excellent advice on this front.

The review filters of the future

While the search engines may throttle their level of filtering from time to time, the review filter is a local search institution that is here to stay.

The primary methods of these filters, though, will change pretty dramatically. Rather than judging a review by its content or looking at website behavior (such as how many reviews a user has left for other businesses), the explosion in smartphone adoption is enabling a couple of far less easily manipulated criteria to judge the veracity of a review:

Even for platforms without handsets or a payment processing advantage, requiring location-awareness for users of mobile applications prior to leaving a review seems like a no-brainer—which Yelp has already implemented, and Google may be well on its way to doing.

For those sites that are more desktop-dependent, widespread adoption of primary social logins (Google+, Facebook, Twitter, etc.) could lead to a baked-in layer of spam-fighting.

Within search results, information tied to verified online profiles will be ranked higher than content without such verification, which will result in most users naturally clicking on the top (verified) results. The true cost of remaining anonymous, then, might be irrelevance.

In some industries (e.g., DUI law, plastic surgery, psychology), anonymity may be a prerequisite for any user reviews and these local search platforms may need a Plan B. For most industries, though, requiring some sort of verified social profile would solve a lot of problems.

Facebook has a huge leg up on other social networks based on its knowledge of a user's social connections. Google+, meanwhile, could look at a user's activity across Google's entire range of products (web search, Gmail, YouTube, etc.) to stop spammers in their tracks.

While consumer privacy concerns around these mechanisms for review filtering may arise, many business owners would likely rejoice at a truer, less bug-ridden filtering algorithm and a more accurate, complete representation of their customers' experience. 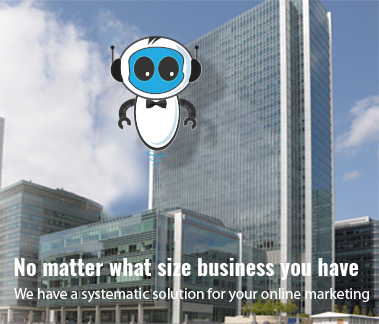